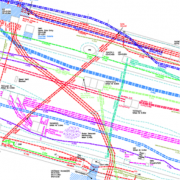 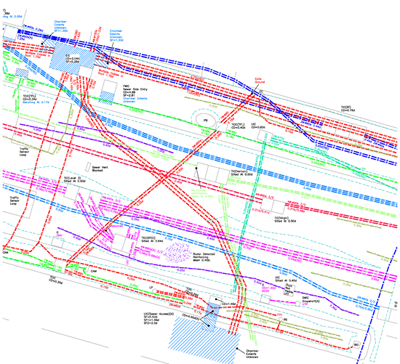 Underground infrastructure mapping of utilities and other infrastructure is one of the major challenges in creating a digital twin at the municipal, regional, and national level. LiDAR reality capture of the above-ground ground features simultaneously with ground penetrating radar (GPR) scans of subsurface infrastructure at highway speeds is bringing the vision of unified 3D models of above and below-ground infrastructure for entire cities, regions and nations closer to reality.

Uncertainty in the location of underground utilities costs the U.S. economy at least $50 billion annually, plus 1906 injuries and 421 deaths over the past 20 years. According to the Federal Highway Authority (FHWA) missing or inaccurate information about the location of underground utilities is a leading cause of highway construction delays. To address the risk of liabilities associated with unknown or inaccurately located underground utilities, contractors regularly increase bid costs by a minimum of 10-30%. Knowing where things are underground has become important enough that in several countries around the world – France, the Netherlands, Singapore, U,K. and the U.S., initiatives to create national digital twins of above and below-ground infrastructure are already underway.