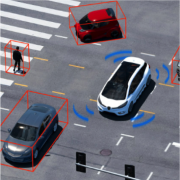 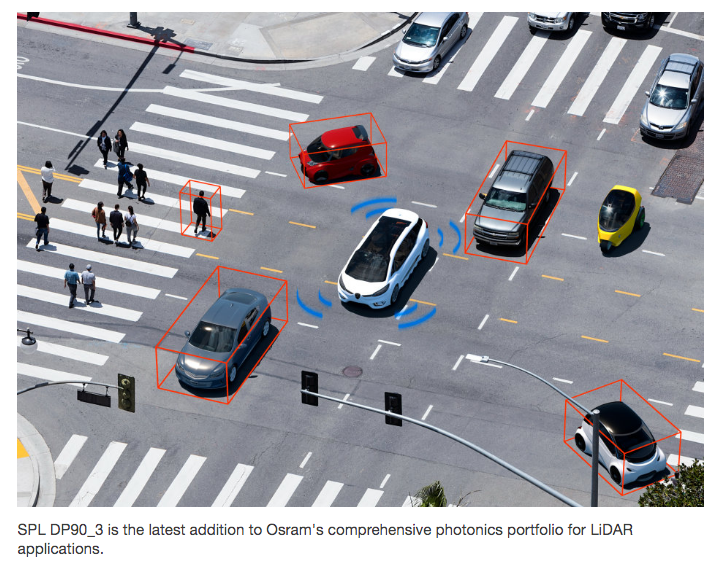 With SPL DP90_3, Osram adds a 65 Watt laser to its LiDAR photonics portfolio and brings autonomous driving one step closer

How long do you think cars will be steered by a driver? For autonomous driving to become widespread, several legal and technological hurdles will have to be overcome in the upcoming years. Nevertheless, car manufacturers and mobility service providers are already working on their visions for driverless vehicles. The need for autonomous vehicles to more comprehensively and reliably detect their surroundings makes the number and arrangement of sensors, such as LiDAR (Light Detection And Ranging), more critical. As the market leader for LiDAR lasers, Osram Opto Semiconductors plays a central role in the realization of these applications. With the SPL DP90_3, the semiconductor expert is expanding its portfolio with a component that has been specially developed for high-resolution, near-field detection in LiDAR systems.