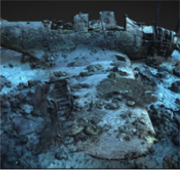 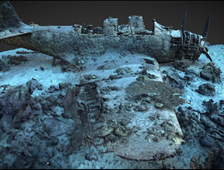 LONGMONT, Colo., April 08, 2019 (GLOBE NEWSWIRE) — 3D at Depth Inc., the world’s leading expert in subsea LiDAR laser technology and 3D data solutions, announced today the success of an innovative underwater survey technique that integrates photogrammetry with Subsea laser LiDAR (SL) technology to create accurate, precise, reverse engineered 3D models. The technique was developed during an October 2018 expedition with the nonprofit Air/Sea Heritage Foundation to document the largely intact wreck of a rare and historically significant US Navy Douglas TBD-1 Devastator aircraft resting at the bottom of Jaluit Lagoon in the Republic of the Marshall Islands (RMI). Of the 129 Devastators built, all were either lost in battle, destroyed in operational accidents, or scrapped before the end of World War II. Part of the ongoing “Devastator Project,” this recent expedition was developed to capture precise, repeatable, millimetric data to build an accurate 3D model as a 21st century site map for this significant cultural heritage asset; and to serve as a “pre-disturbance survey” for the proposed recovery, conservation and public exhibition of the historic plane at the National Museum of the United States Navy in Washington, DC.