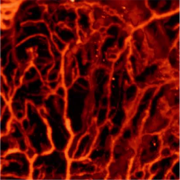 ETH researchers use artificial intelligence to improve quality of images recorded by a relatively new biomedical imaging method. This paves the way towards more accurate diagnosis and cost-​effective devices. 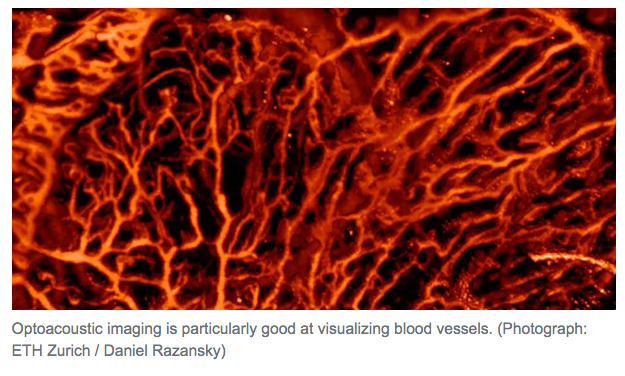 Scientists at ETH Zurich and the University of Zurich have used machine learning methods to improve optoacoustic imaging. This relatively young medical imaging technique can be used for applications such as visualizing blood vessels, studying brain activity, characterizing skin lesions and diagnosing breast cancer. However, quality of the rendered images is very dependent on the number and distribution of sensors used by the device: the more of them, the better the image quality. The new approach developed by the ETH researchers allows for substantial reduction of the number of sensors without giving up on the resulting image quality. This makes it possible to reduce the device cost, increase imaging speed or improve diagnosis.

Optoacoustics (see box) is similar in some respects to ultrasound imaging. In the latter, a probe sends ultrasonic waves into the body, which are reflected by the tissue. Sensors in the probe detect the returning sound waves and a picture of the inside of the body is subsequently generated. In optoacoustic imaging, very short laser pulses are instead sent into the tissue, where they are absorbed and converted into ultrasonic waves. Similarly to ultrasound imaging, the waves are detected and converted into images.