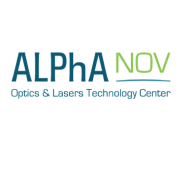 The technological laser and health alliance was launched by the Nouvelle Aquitaine Region to create a collective approach in Nouvelle-Aquitaine, to promote health applications of very high-power lasers. It brings together seven partners from various collaborative academic, industrial and medical research projects, including the XPulse project.

The XPulse project, funded by the Nouvelle-Aquitaine Region and by the FEDER, brings together a consortium of doctors, radiotherapists, researchers and engineers, whose joint objective is to produce a prototype mammography X-ray based on the use of intense lasers. The XPulse project’s ambition is to develop an innovative phase contrast medical imaging system using intense laser-generated X-rays, to be used for early breast cancer detection. This system should allow a reliable and early diagnosis of breast cancer while reducing the doses of radiation received by patients.

At the end of the project’s third year, the partners of the XPulse project are: ALPhANOV, Amplitude Laser Group, the CELIA laboratory, the company Imagine Optic and the Bergonié Institute, and they will circulate a video of the XPulse prototype. It will be installed in early 2021 within the Bordeaux Bio Imaging Institute on the CHU Pellegrin site. This imaging system incorporates a whole new X-ray radiography technology generated by ultra-intense, very high-power lasers. The mammography machine, produced by ALPhANOV integrates a laser source developed by Amplitude Laser Group and it now provides access to phase contrast imaging thanks to the imaging system developed by Imagine Optic, which presents a unique level of definition. The system also enables three-dimensional images of the breast to be obtained by tomographic reconstruction.

After the installation of the prototype within the Institut de Bio Imagerie de Bordeaux, the first tests on small animals will be performed to certify the system.