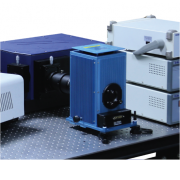 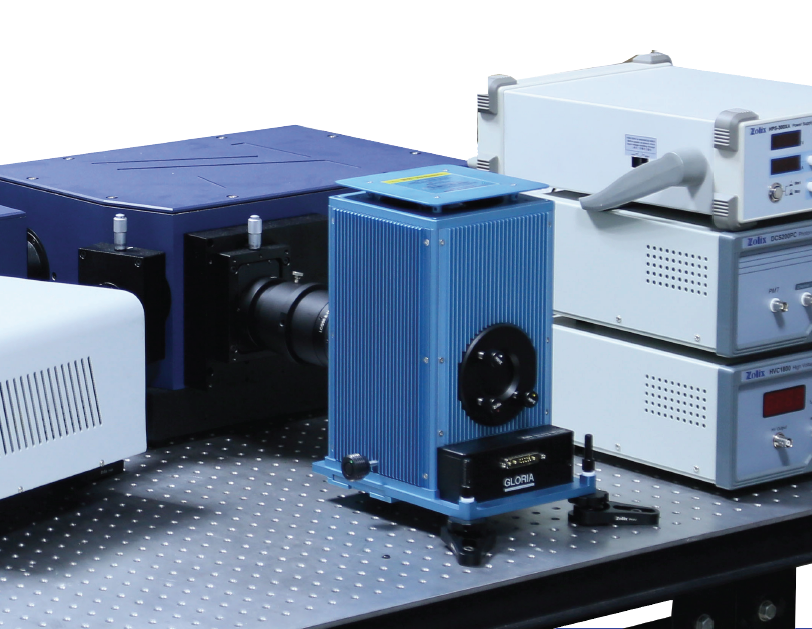 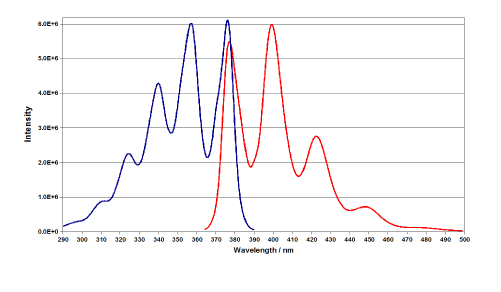 The experimental results show that many molecules fluorescence information is lost in the time averaged process. The fluorescence lifetime is related to the polarity and viscosity conditions of the microenvironment. We can directly understand the changes in the system studied by fluorescence lifetime. Fluorescence occurs mostly in nanosecond, which is precisely the time scale of molecular motion. Time-Resolved fluorescence measurement is widely used in fluorescence spectroscopy, including materials science, chemistry, biological research macromolecules and cell imaging. The following are briefly introduced:

2. The influence of the different batches components on the phosphors quality and monitoring.
Oxygen (nitrogen) phosphor powders have been paid much attention in the field of solid luminescence because of their high luminescence efficiency, effective excitation of visible light, high stability and friendly environment. Among them, rare earth doped phosphors have good application prospects because of their high luminous intensity, high quantum efficiency and excellent thermal stability. 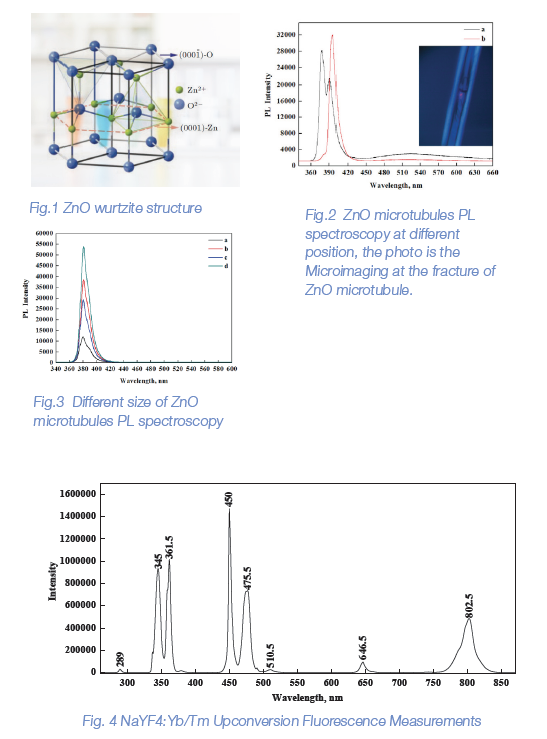 3. ZnO microtubules PL spectroscopy
ZnO is a kind of amphoteric white oxide. As shown, the wurtzite structure ZnO has central symmetry but no axial symmetry, and a dangling bond appears on the crystal surface due to the cross section. The influence of the characteristics of the surface section of ZnO crystal on the overall properties of the crystal increases with the decrease of its size, and even completely changes the original properties of the crystal itself. Therefore, by controlling the structure of Zinc Oxide, such as size, morphology or surface orientation, surface composition and surface charge, the properties of Zinc Oxide can be greatly adjusted or changed, so as to obtain the luminescence, fluorescence enhancement, ferromagnetism, catalytic properties and so on, in which the micrometer size of ZnO is luminescent.

PL spectroscopy is a non destructive and highly sensitive analytical method. It is a conventional test method in the development and production of semiconductor materials. It can detect the intrinsic luminescence of semiconductors and detect the defect luminescence caused by the conditions of doping, production technology and so on. The effects of optical properties provide theoretical guidance for semiconductor applications in photonic crystals, catalysis, sensing and dye-sensitized solar cells.

Time Resolved Fluorescence & Fluorescence Lifetime Measurements
The time resolved fluorescence mainly obtains the relaxation time of the sample from the excited state to the steady state by the pulse light source and the fast detector, which is the fluorescence life time. According to the different characteristics of the sample, its lifetime distribution can be from fs, ps, ns to ms. At the same time, for different samples, the test method will be different, the corresponding test methods are Fluorescence Upconversion, Time-Correlated Single Photon Counting, (Multiple Channel Scan etc. OmniFluo Fluorescence Systems adopt modular design, which absorb Zolix fifteen years design and manufacture experience of spectroscopy system. The open architecture design also allows for application changes. As your application needs to grow, so can your OmniFluo. By different accessories, OmniFluo also could realize PL, Raman, transmission, reflection, absorption and detector calibration measurement. The possible configurations are endless. OmniFluo Fluorescence Systems adopt high performance Omni-λmonochromator/spectrograph, high sensitivity single or multi-channel detector, single photon counting/lock-in amplifier technique. The standard for sensitivity is the signal-to-noise ratio calculated from a water Raman spectrum. Using this standardized test, our signal-to-noise ratio is 12000:1. OmniFluo Fluorescence Systems can combine the PL and PLE in the same architecture. There are many configurations to fit your specific measurement, such as fluorescence spectroscopy, excitation spectroscopy, normal and low temperature testing. 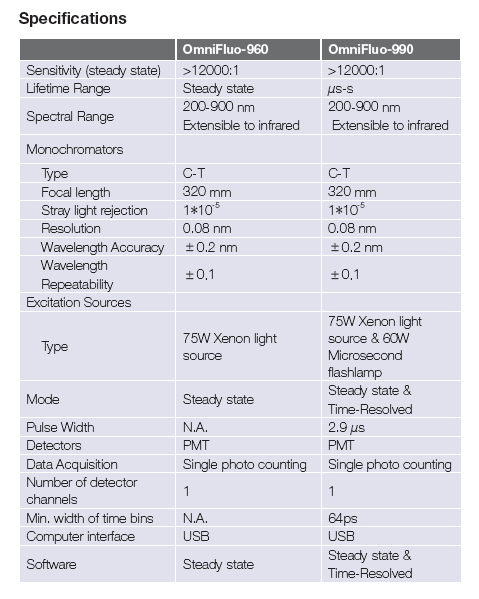 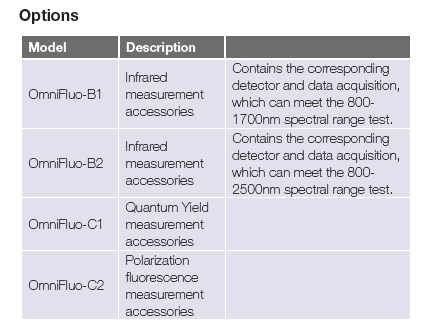