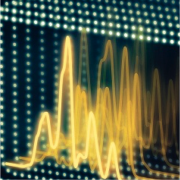 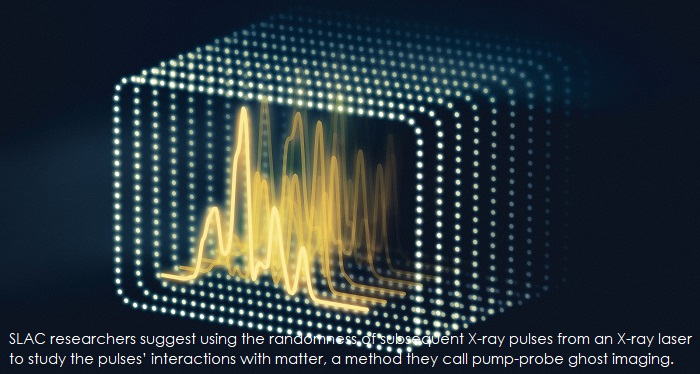 The incredibly powerful beams of light produced by X-ray free-electron lasers (XFELs) have helped researchers perform unprecedented studies of the ultrafast motions of atoms in matter. But to interpret data taken with these extraordinary light sources, researchers need a solid understanding of how the X-ray pulses interact with matter and how those interactions affect measurements.

Now, computer simulations by scientists from the Department of Energy’s SLAC National Accelerator Laboratory suggest that a new method could turn random fluctuations in the intensity of laser pulses from a nuisance into an advantage, facilitating studies of these fundamental interactions. The secret is applying a method known as “ghost imaging,” which reconstructs what objects look like without ever directly recording their images.

According to James Cryan from the Stanford PULSE Institute, a joint institute of Stanford University and SLAC, instead of trying to make XFEL pulses less random, which is the approach most often pursued for experiments, researchers actually want to use randomness in this case. The results show, that by doing so, the researchers can get around some of the technical challenges associated with the current method for studying X-ray interactions with matter. The research team published their results in Physical Review X.