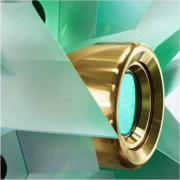 With the demonstration of a sub-​picosecond thin-​disk laser oscillator delivering a record-​high 350-​W average output power, the group of Ursula Keller sets a new benchmark and paves the path towards even more powerful lasers. 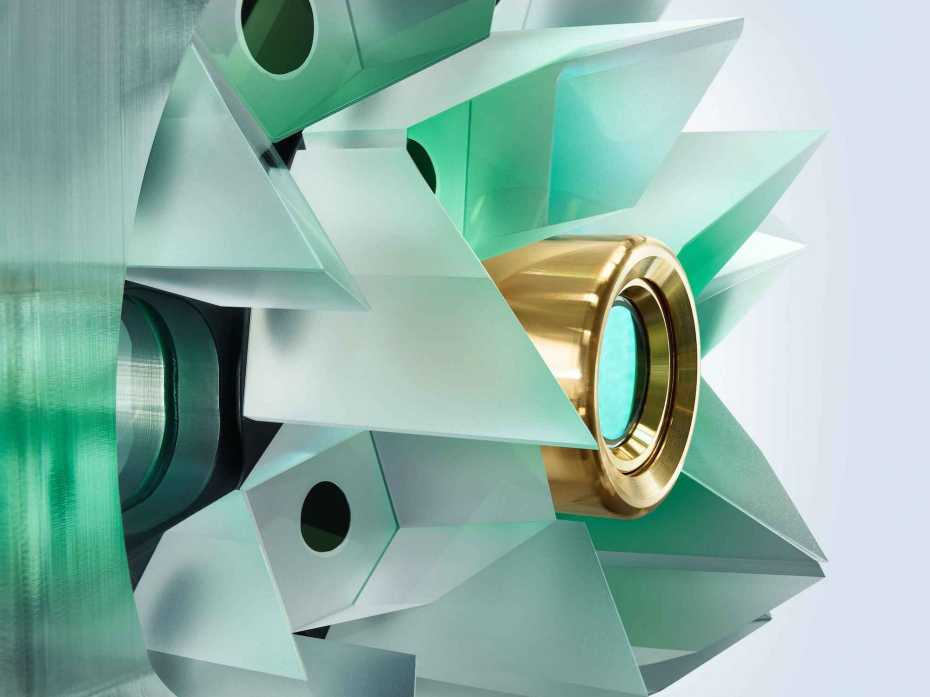 A commercial thin-​disk head. The disk is surrounded by monolithic prisms that route the pump beam between reflections. (Image courtesy of TRUMPF GmbH + Co. KG)

Ultrafast laser sources are at the heart of an ever-​expanding range of fundamental scientific studies and industrial applications, from high-​field-physics experiments with attosecond temporal resolution to micrometre-​precision machining of materials. In order to push the envelope even further, repetition rates of several megahertz and average output powers of hundreds of Watt are required. A particularly compelling route to realizing such high-​power laser pulses is to generate them directly by scaling up the power output from laser oscillators, rather than relying on multi-​stage amplifier systems. The latter approach adds a high degree of complexity, whereas the former leads to robust and potentially cost-​effective devices. Reporting recently in Optics Express, the group of Ursula Keller at the Institute of Quantum Electronics has now taken the ‘power-​scaling’ approach to a new level. They present a source that combines the simplicity and high repetition rates of oscillators with record-​high average output power from this type of laser.

The ETH team worked with a so-​called thin-​disk laser oscillator, where the gain medium — the material in which the quantum processes leading to lasing take place — is shaped as a disk, typically some 100 μm thin. This geometry affords a relatively large surface area, which in turn helps cooling. Still, thermal effects remained a major bottleneck, and since 2012 the record output power stood at 275 W.

Until now. Combining several advances in thin-​disk laser technology developed in the Keller group, PhD student Francesco Saltarelli, senior research scientist Christopher Phillips and colleagues took a decisive step and achieved an average output power of 350 W, with pulses that are only 940 femtoseconds long, carry an energy of 39 microjoule and repeat at a 8.88-​megahertz rate — values that are of immediate interest for applications both in science and industry.

A key aspect of the work is that the researchers found a way to enable several passes of the pump beam through the gain medium without inflicting detrimental thermal effects, and so to reduce the stress on the relevant components. The ability to control effects due to heating opened the gate to go firmly beyond the 275-​W level and to set the new benchmark. The approach now developed can be taken even further though, and output powers beyond 500 W seem realistic. With further improvements, the ETH researchers estimate, the kilowatt level might come into sight.