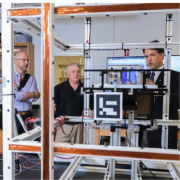 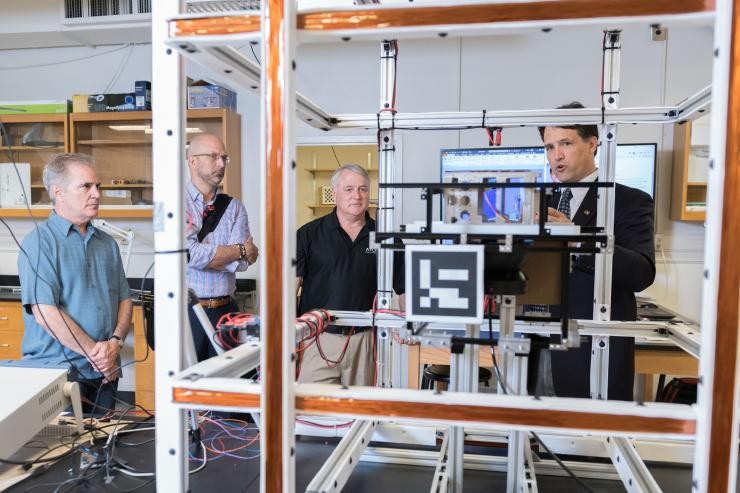 A new research project announced recently as a collaboration between the Georgia Institute of Technology and satellite communications provider Xenesis could help open the bottleneck that now limits the flow of data from Earth-orbiting satellites to ground stations.

The project will miniaturize, space qualify and test a laser communications transceiver that could dramatically expand the bandwidth available for downlinking information from the growing number of satellites – and future constellations of space vehicles – in low Earth orbit. Xenesis has licensed the technology from NASA’s Jet Propulsion Laboratory (JPL), and will work with Georgia Tech and JPL to mature it for use as a primary communication system for satellites as small as CubeSats.

“We expect to significantly add to the total bandwidth of information that we can get down from space, and the more bandwidth we have, the more information we can exchange and the more value we can get from satellite networks,” said Brian Gunter, an assistant professor in Georgia Tech’s Daniel Guggenheim School of Aerospace Engineering who will be leading the project.

Gunter’s lab has experience with small satellites, and will apply that expertise to the project with Xenesis – which signed a $1.2 million contract on June 14 to support the work. Georgia Tech’s contribution will be to miniaturize the original JPL technology, update the control software, space qualify all the hardware and test the improved system from space – likely from the International Space Station.