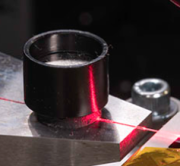 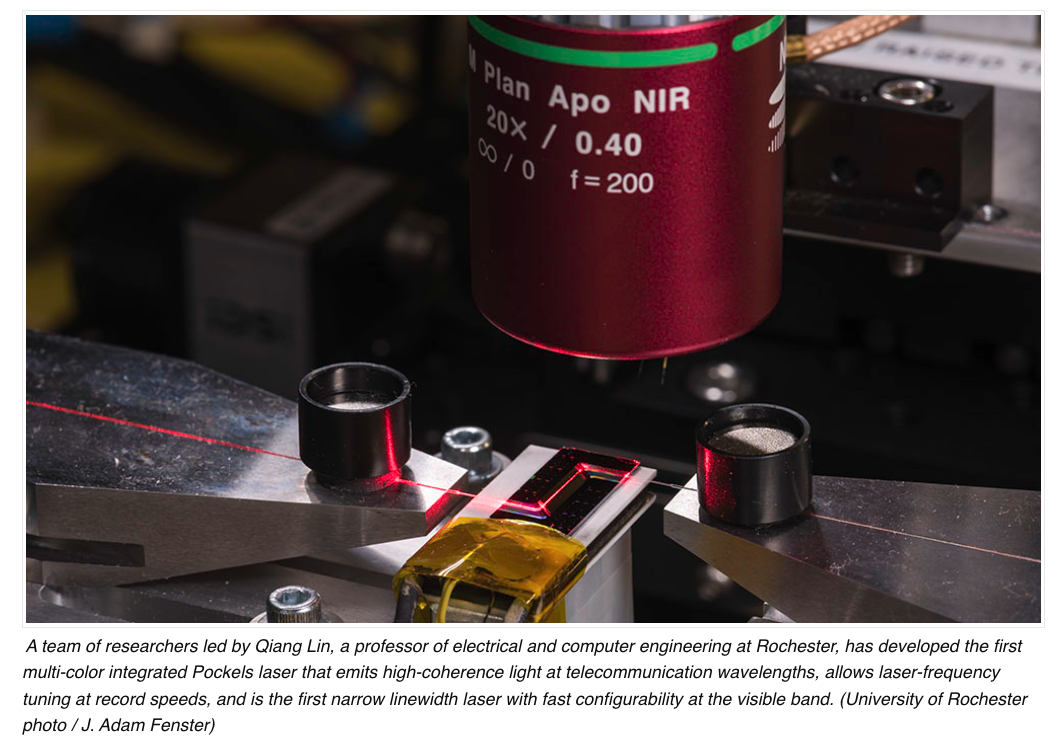 How do you integrate the advantages of a benchtop laser that fills a room onto a semiconductor chip the size of a fingernail?

A research team co-led by Qiang Lin, a professor of electrical and computer engineering at the University of Rochester, has set new milestones in addressing this challenge, with the first multi-color integrated Pockels laser that:

The project, described in Nature Communications, was co-led by John Bowers, distinguished professor at University of California/Santa Barbara, and Kerry Vahala, professor at the California Institute of Technology. Lin Zhu, professor at Clemson University, also collaborated on the project.

The technology “has the potential to reshape the landscape of integrated photonics,” write co-lead authors Mingxiao Li, a former PhD student in Lin’s Laboratory for Nanophotonics at Rochester’s Hajim School of Engineering & Applied Sciences, and Lin Chang, a former postdoctoral student at University of California/Santa Barbara.

It will pave the way for new applications of integrated semiconductor lasers in LiDAR (Light Detection and Ranging) remote sensing that is used, for example, in self-driving cars. The technology could also lead to advances in microwave photonics, atomic physics, and AR/VR.

A ‘fully on-chip laser solution’
Integrated semiconductor lasers have been at the core of integrated photonics, enabling many advances over the last few decades in information technologies and basic science. 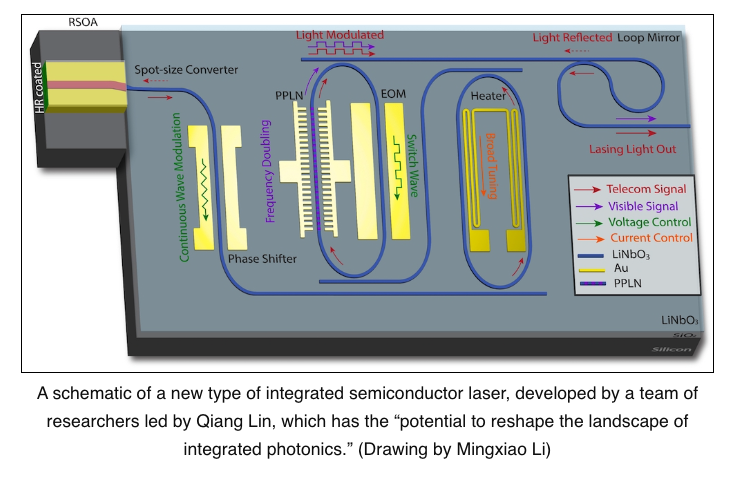 “However, despite these impressive achievements, key functions are missing in current integrated lasers,” Li says. “Two major challenges, the lack of fast reconfigurability and the narrow spectral window, have become major bottlenecks that stall the progression of many evolving applications,” Chang adds.

The researchers say they’ve overcome these challenges by creating a new type of integrated semiconductor laser, based on the Pockels effect. The laser is integrated with a lithium-niobate- on-insulator platform.

The research was supported by funding from the Defense Advanced Research Projects Agency (DARPA), the Defense Threat Reduction Agency-Joint Science and Technology Office for Chemical and Biological Defense, and the National Science Foundation.