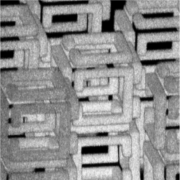 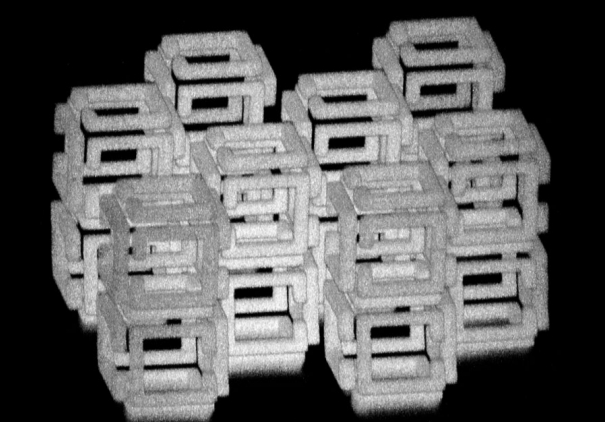 MIT researchers have invented a way to fabricate nanoscale 3-D objects of nearly any shape. They can also pattern the objects with a variety of useful materials, including metals, quantum dots, and DNA.

“It’s a way of putting nearly any kind of material into a 3-D pattern with nanoscale precision,” says Edward Boyden, the Y. Eva Tan Professor in Neurotechnology and an associate professor of biological engineering and of brain and cognitive sciences at MIT.

Using the new technique, the researchers can create any shape and structure they want by patterning a polymer scaffold with a laser. After attaching other useful materials to the scaffold, they shrink it, generating structures one thousandth the volume of the original.

These tiny structures could have applications in many fields, from optics to medicine to robotics, the researchers say. The technique uses equipment that many biology and materials science labs already have, making it widely accessible for researchers who want to try it.

Boyden, who is also a member of MIT’s Media Lab, McGovern Institute for Brain Research, and Koch Institute for Integrative Cancer Research, is one of the senior authors of the paper, which appears in the Dec. 13 issue of Science. The other senior author is Adam Marblestone, a Media Lab research affiliate, and the paper’s lead authors are graduate students Daniel Oran and Samuel Rodriques.