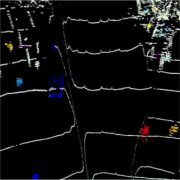 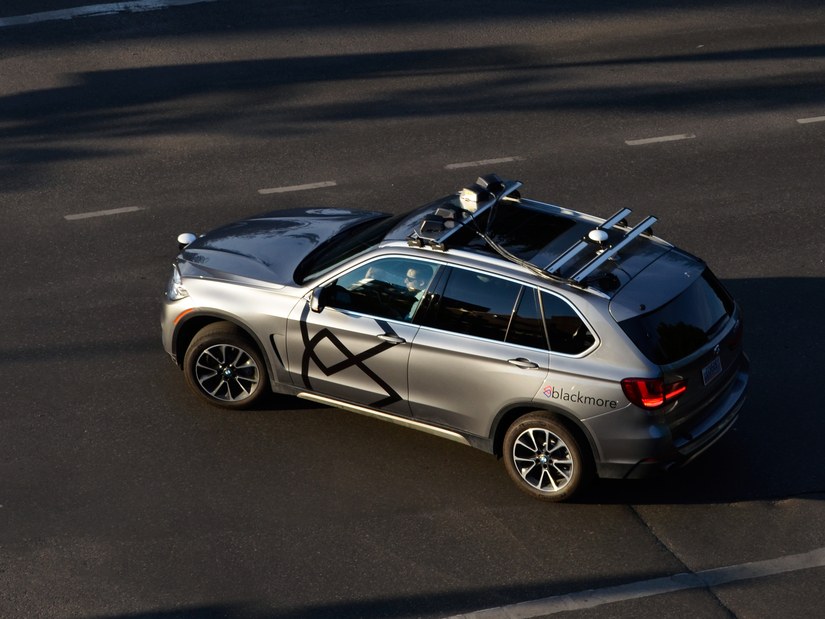 Blackmore’s lidar uses the Doppler effect to add a whole new dimension to the way self-driving cars understand the world around them.

AS EVERY NEW Yorker knows, San Franciscans walk painfully slowly. It’s a common observation, and now it’s a measurable one, thanks to the lidar laser scanners stuck on the roof of the van that’s currently steering me though rush hour traffic in downtown SF.

I’d been on plenty of these lidar safaris before, but this was the first that showed not just the pedestrians, cyclists, and other vehicles around us, but the velocity of each. Displayed not in numbers, though, but in colors. The things moving away from us are in red, those moving toward us are in blue. The faster they’re going, the darker the hue. Stephen Crouch points out the crimson limbs of a yellow-torsoed pedestrian. “You see on the legs, they’re darker,” he says—the feet being the fastest moving bit of a person walking.

Crouch is a cofounder and the CTO of Blackmore, the Montana-based startup that made this speed-spotting lidar system. It’s an advance with the potential to help self-driving cars see, understand, and glide through a crowded world more easily than ever before.

Velocity, you see, is the easiest way to determine what is moving where, pretty important information for a robot trying to determine what merits its attention. Radar can measure velocity—that underpins adaptive cruise control and systems like Tesla’s Autopilot—but its resolution is terrible. Essentially, it can tell you, Something 50 meters that way is coming at you at 62.38 mph. Could be a truck, could be group of cows falling out of a truck.

Lidar’s resolution is far better, but conventional systems can only provide indirect velocity data: You have to watch how far things move over time, comparing an image taken at one moment to the one taken milliseconds later. The problem there is that today’s systems, for all their laser points, don’t hit everything. Think of it like a game of Battleship—you need your laser to actually hit an object to know it’s there. That’s hard enough, especially at long distances. But you can only measure where something’s going, and how fast, if you manage to hit it again and again. 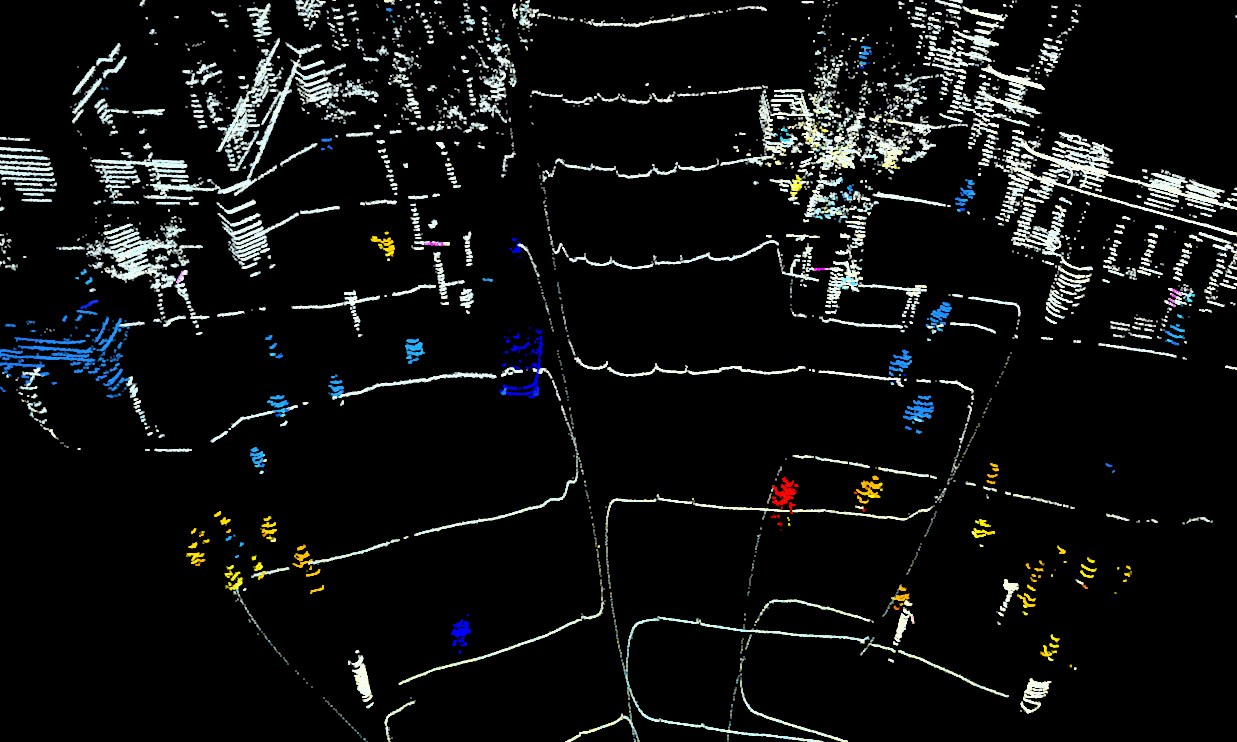 Of the dozens of companies hawking lidar systems for robo-cars, nearly all rely on this sort of deductive reasoning. They use what’s called a “time of flight” system, shooting out discrete pulses of light, measuring how long they take to bounce off the nearest object and come back. They then use the returns to build a 3-D map of what’s around the vehicle.

Blackmore uses what’s called a “frequency modulated continuous wave” setup, firing off one long, steady beam of light. (The light is in the 1,550 nanometer range, deep enough into the infrared spectrum to be invisible and harmless to human eyes.) This approach lets the company’s lidar sensor measure not just how long the light takes to come back, but its frequency when it does.

That’s where the Doppler effect comes in. Without dragging you back into high school physics, know that when that laser hits the dude on the scooter, its frequency changes based on his velocity: increasing if he’s coming toward you, decreasing if he’s going the same way. (In the visible light spectrum, blue light has the highest frequency, red the lowest, thus the color scheme.)

When that light returns to Blackmore’s lidar, the system measures its new frequency and calculates the speed and direction of whatever it hit. Then it couples it with the precise location of that thing, determined by timing how long the light takes to come back. Now, you don’t have to hope your laser finds that object again a moment later, so you calculate if and how it’s moving. A single shot gives you all the data you need.

A Doppler lidar like Blackmore’s does have one blind spot, however: It can’t detect the velocity of anything moving perpendicular to its laser beam. Which is a bit worrying considering the way pedestrians tend to cross the street.

Even so, this idea of simultaneous range and velocity is “super powerful,” says Kevin Peterson, a cofounder and software lead for Marble, a startup working on sidewalk delivery robots. Say a little dog is trotting down the road, and the lidar can pick out its general shape and size, but not the ears or legs—which would define it as an animal worth avoiding. With a conventional system, you have to keep detecting that small blob to know where it’s headed. Hit it with a Doppler lidar, Peterson says, and “I don’t know what it is, but I know I should avoid it. And I know where it’s going. That’s really valuable. Most of my time is spent trying to figure out how to track objects at long range.”

The idea of “Doppler lidar” isn’t new, of course. Researchers use it to measure wind velocity and turbulence. Cops use it to catch speeding motorists. But Blackmore managed to make it work on a moving car.

Which doesn’t mean the startup is going to win the lidar market, which, according to one report, will be worth close to $10 billion by 2032. Blackmore has a Doppler-reliant competitor in Aeva, a stealthy startup run by two former Apple engineers. And it still has to prove it can tackle the tricky issue of making a lidar that can survive a long lifetime on a vehicle that bounces through potholes and suffers through rain and snow and heat. Oh, and it also has to be cheap enough to sell to cost-conscious automakers, and scalable enough to put into mass production. It has to face down competition from the likes of Velodyne, which opened a lidar “megafactory” last year, and Luminar, which is ramping up to crank out thousands of its own far-seeing units.

But if Blackmore can handle all of that, it’s got a ticket into a market that’s just as red hot as the pedestrians it’ll see if it ever makes it to Manhattan.