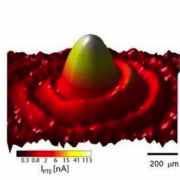 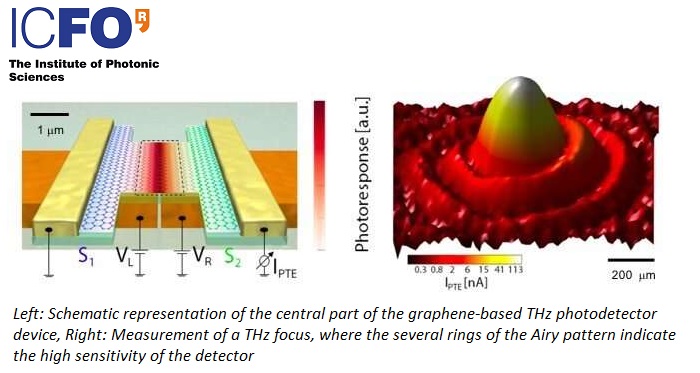 Researchers at ICFO Barcelona, have developed a graphene-enabled detector for terahertz light that is faster and more sensitive than existing room-temperature technologies. The study was published in the journal Nano Letters.

Detecting terahertz (THz) light is extremely useful for two main reasons. Firstly, THz technology is becoming a key element in applications regarding security (such as airport scanners), wireless data communication, and quality control, to mention just a few. However, current THz detectors have shown strong limitations in terms of simultaneously meeting the requirements for sensitivity, speed, spectral range, being able to operate at room temperature, etc. Secondly, it is a very safe type of radiation due to its low-energy photons, with more than a hundred times less energy than that of photons in the visible light range.